5 effects of caffeine on sport performance

We explain the effects of caffeine on the human body and how it can improve sport performance. Also its 5 top benefits from a scientific point of view. 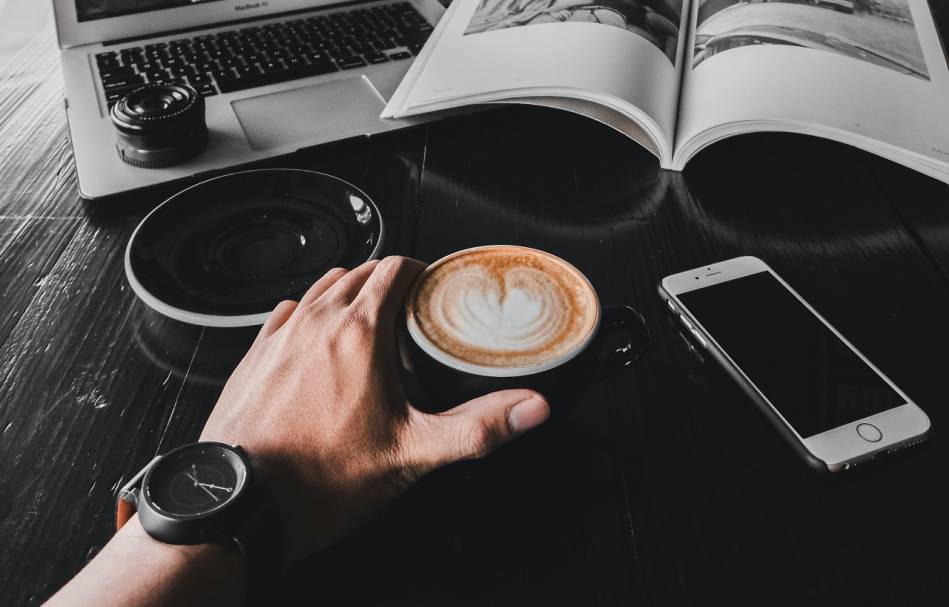 Most people love coffee, whether because of its taste or just because they can’t start their mornings without one to wake them up, making it one of the world’s most popular beverages. In this article we explain its wide rage of benefits, which goes from being full of antioxidants, to having a positive effect on preventing several serious deceases.

What is caffeine and to what does it owe its stimulant effect?

Caffeine is a natural stimulant which can be found in different teas, coffee and cacao plants; its most highlighted benefit is preventing tiredness and helping you to focus and stay alert, thanks to the way it stimulates your brain and nervous system.

After consuming caffeine, just 15 minutes are enough for it to enter your bloodstream and start keeping you awake.

Which foods and beverages contain caffeine?

Coffee is the biggest source of caffeine, followed by some other plant infusions and chocolate, which contains more caffeine when it has higher cocoa content. The caffeine content in your coffee depends on many factors like the type of coffee beans, the roasting, the type of coffee and the serving amount you take.

The approximate amount of caffeine on different beverages goes as following:

Why people like to drink coffee or tea right after waking up?

People drink coffee or tea every morning because the caffeine increases alertness quicker than the body’s naturally produced hormones. Regardless of whether you are a morning person or not, you probably have a morning beverage habit. Coffee fans cannot face the day without a “cup of joe”, while tea drinkers feel out of balance if they don’t awaken with a cup of herb, black or green tea.

After taking caffeine, the body produces cortisol, which helps you to ‘feel better’ and to help the body deal with stress and blood pressure. Caffeine also functions by blocking the effects of adenosine, which is a neurotransmitter that relaxes the brain and makes you feel tired. These effects are the best for alertness and for people to start their day.

But not everything is as good as this sounds, getting too much caffeine is linked to adverse effects like anxiety, sleep disruptions, heart palpitations and restlessness. Additionally, having a coffee early in the morning when the body is naturally producing cortisol can result in excess and building resistance to the natural cortisol-induced boost, instead of adding to it.

In conclusion, the best time to have a coffee is two or three hours after waking up, for you to enjoy the boosting benefits without interfering with your normal body functions.

How can taurine boost caffeine’s effect?

Taurine is an amino acid, which is also found in the body in natural form. In addition to caffeine, taurine is often added to energy drinks, although taurine is not a stimulant, but it has a stimulating effect on the brain function. Taurine supports communication between the neurons, protects the nerves and promotes the maintenance of the cell membranes in the body.

According to certain researches, taurine and caffeine perfectly complement each other in a way that they both improve physical and mental performance and therefore it is not a coincidence that they are often used together in energy drinks. Taurine boosts physical performance by helping the flow of glucose to the muscles, thus ensuring primary energy source for operation.

Among the most known health benefits of caffeine, you can find the following ones:

Source of antioxidants: Antioxidants are molecules that neutralize the free radicals and protect your body from its harmful effects and oxidative damage. Coffee is rich in powerful antioxidants, and many people get more antioxidants from coffee than from fruits and veggies combined.

Caffeine may boost metabolism: Several studies show that caffeine can increase fat burning and boost your metabolic rate. If you’re primarily interested in coffee for the sake of fat loss, it may be best to cycle your coffee drinking habits to prevent a buildup of tolerance. Perhaps cycles of two weeks on, two weeks off is best.

Protects the liver: People who drink coffee have a much lower risk of cirrhosis, which can be the consequence of many diseases that affect the liver. Coffee can also help you for already existing liver conditions, as research shows that moderate amounts (between 1 and 3 cups a day), may slow down conditions such as fibrosis, hepatitis B and C and other fatty liver deceases. 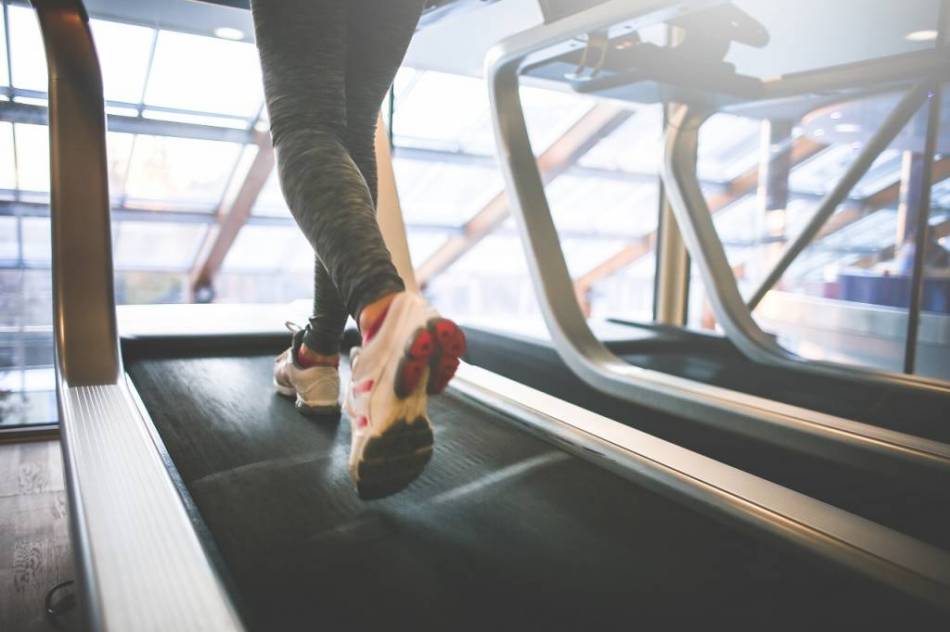 The effects of caffeine on sport performance

Caffeine has been shown to stimulate fat loss, help with weight management, and enhance exercise. If you’re trying to optimize your body composition, caffeine is one of your allies.

The fat in your body is known as adipose tissue, which caffeine helps to break down in a process called lipolysis. This way, the fatty acids are freed from its storage form and will be ready to be used as energy, meaning it will be burned being used by your body functions.

Ingestion of significant amounts of caffeine, meaning 3 mg/kg, is linked to potentially improving peak aerobic performance and increasing peak pulmonary ventilation. In addition, caffeine has effects on the oxygen saturation in your muscle during high intensity exercises.

Thermogenic fat burners contain stimulants like caffeine, which increase your body temperature with a few decimal degrees, which requires more energy from your body, so it will burn more calories. This way you can support your weight loss practically without physical exercise, but of course, you’ll also need a workout regimen, as otherwise this effect won’t be enough.

The muscles’ main source of energy during your workouts is called Glycogen, and new research has shown it is replenished faster when athletes ingest both carbohydrate and caffeine after performing intense exercise. With athletes who ingested caffeine with carbohydrate had 66 percent more glycogen in their muscles four hours after finishing intense, glycogen-depleting exercise, compared to when they consumed carbohydrate alone; meaning they were showing higher energy in their muscles to be used for recovery and tissue reconstruction.

Caffeine is really “nature’s stimulant”. It easily gets into the brain, and affects many kinds of brain cells in a positive way.  Caffeine can increase mental focus and concentration. Studies also show that coffee improves various aspects of brain function, including memory, mood, vigilance, energy levels, reaction times and general mental function. 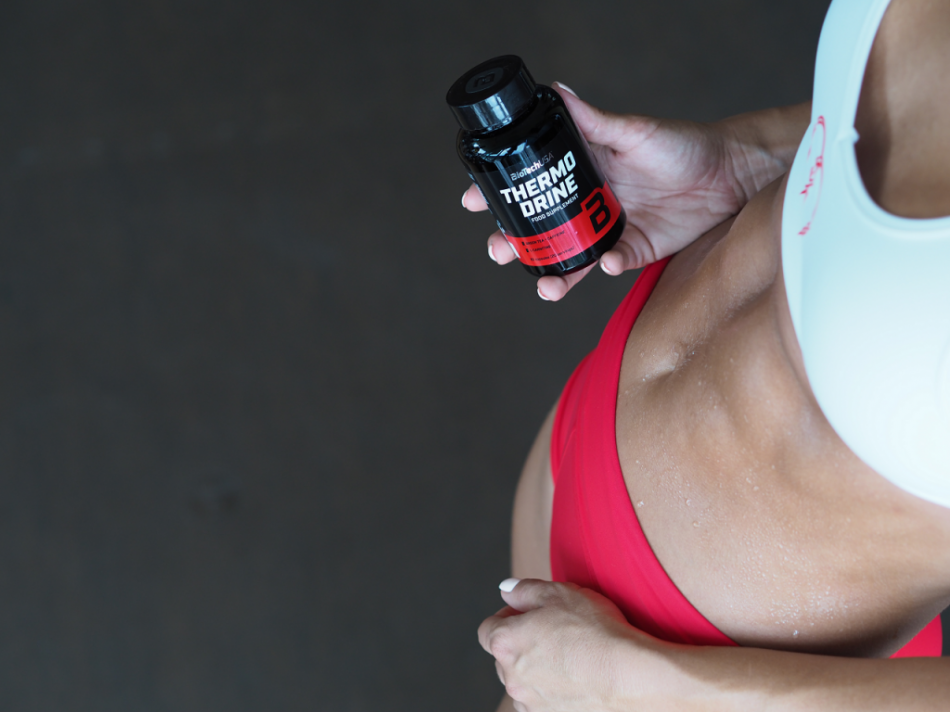 How to supplement with caffeine

In average, people should take 200–400 mg of caffeine anhydrous, 60 minutes before a race or event, can help maximize performance benefits. This dose is based on body weight, set at around 3–6 mg per kg.  If you wish to use caffeine for athletic performance, you should also save it for key events or races, in order to maintain sensitivity to its effects.

Here are some examples of BioTechUSA products that contain caffeine and can benefit you with a boost on fat burning and physical performance:

A complex high-caffeine formula with active ingredients designed to contribute to the production of nitrogen monoxide and carnosine. Magnesium, niacin and vitamin B6 content contribute to normal energy-yielding metabolic processes, as well as to reducing tiredness and fatigue.

Performance, more energy, increased alertness, more concentration – all in one place, and without carbohydrates? Nothing can stop you from pumping yours muscles and overcoming your own limitations without an excess calorie intake!

Meet your fitness goals with Thermo Drine, a highly potent thermogenic with green tea, caffeine, L-Carnitine and other key ingredients for extra support to your active lifestyle.

About the Author: Scitec

Any cookies that may not be particularly necessary for the website to function and is used specifically to collect user personal data via analytics, ads, other embedded contents are termed as non-necessary cookies. It is mandatory to procure user consent prior to running these cookies on your website.